Engineering by design at UK Circuits

Never one to shy away from an engineering challenge, UK Circuits inherited a job where the components on a long thin PCB were all being soldered in by hand. As a result, this was taking an average of one hour per board.

Our initial solution was to assemble the boards in a four-up panel by wave soldering. The result was better but not ideal and some of the LEDs moved during the flow solder process therefore requiring work post-flow.

Even with this issue, the assembly time was vastly reduced and it was taking one hour per panel of four. This included any seating and straightening of the LEDs post-flow, cutting the assembly time down to fifteen minutes per assembly.

Our next approach was to make some form of holder to prevent the LEDs from moving during the wave solder process. After some tinkering, drawing, 3D printing and tweaking a solution was arrived at. We needed a minimum of 48 of these holders in 3D printing in ABS to facilitate this new process.

As a result, the post-flow work is now negligible making our assembly time per board just under 8 minutes.

This may sound trivial, but it is the sort of work we undertake behind the scenes to ensure our client’s projects are value engineered. The result is the production process is more streamlined at the outset ensuring consistency and improvement. 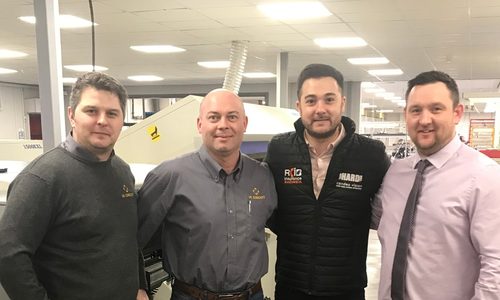 Ahead of the start of the 2020 season, British Touring Car Championship Team Hard driver Jack Goff dropped into the UK Circuits facility at Middleton for a meet and greet of staff. With pre-season testing very shortly about to begin, Jack took time

UK Circuits is pleased to announce the appointment of Adrianne Dineley, joining as Quality Assurance Manager. With a wealth of experience in Quality, Adrianne's role ensures a firm spotlight on UK Circuits providing consistent, high standards 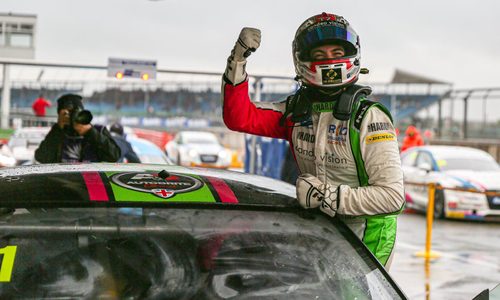 Jack Goff storms to victory in Round 3 at BTCC Silverstone

Team Hard's Jack Goff stormed to a surprise win taking a first podium finish with the team in the final round at the Kwik Fit British Touring Car Championship, in a dramatic, rain soaked finale at Silvestone. What started as a dry race, the